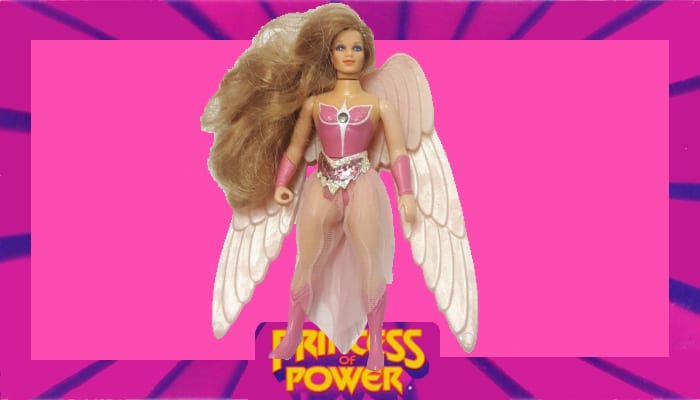 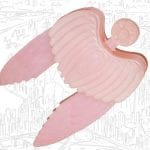 Backstory
Angella is the queen of Etheria although the planet is in contril by the Evil Horde. Her daughter is Princess Glimmer and they maintain a shadow government as exiles at Castle Brightmoon. They are both part of the great rebellion to defeat the evil forces of Hordak. She posseses wings which give her the ability of flight. In addition to her winged abilities, she contains vast powers that are linked to Bright Moon’s Moonstone, which gets it’s power from the light of Etheria’s three mooons. Durring eclipses, her power can be dratically drained and weakened but, when she is at full strength, she can possess the power to take on the Evil Horde herself. Like the Sorceress, she has the power to open portals to other dimensions. She has the ability to cast various spells that are strong enough to counteract those of Shadow Weaver, which was seen in the Crystal Castle episode.

Angella, the Queen of Bright Moon and Glimmer’s mother, possessing a pair of wings which allow her to fly. She possesses vast mystical powers, which are linked to Bright Moon’s Moonstone gem—itself powered by the light of Etheria’s three moons. During an eclipse, her powers are drastically weakened. At full strength, she alone has proven more than a match for the horde itself.[7] Her powers are similar to Glimmer’s in that they’re primarily based on photonic energy, however at a significantly stronger magnitude than Glimmer’s. Also, in contrast to Glimmer, Angella also has the ability to open magical-gateway portals to other dimensions. She also has various spell-casting abilities, of strength sufficient to counteract those of Shadow Weaver, as seen in the episode The Crystal Castle.

Toy Appearance
Angella retains her blond blond hair and has a pink top and a set of pink wings that attach to her back.

Minicomics
Being the queen of Mizmar, Angella lives on a mountain land among angel-like beings. Catra is the main antagonist and Angella needs to enlist the help of She-Ra to repel this evil feline member of the Horde.

“Do you want to know a secret? I am a coward. I’ve always been the queen who stays behind. Micah was the brave one. And then Glimmer. Oh, Glimmer, so much like her father. Once again, I stayed behind, letting her make the hard choices. Letting her be brave for me. I told myself I was being responsible. But Adora, I was just scared. And then, I met you. You inspired us. You inspired me. Not because it was your destiny, but because you never let fear stop you. And now, I choose to be brave.”