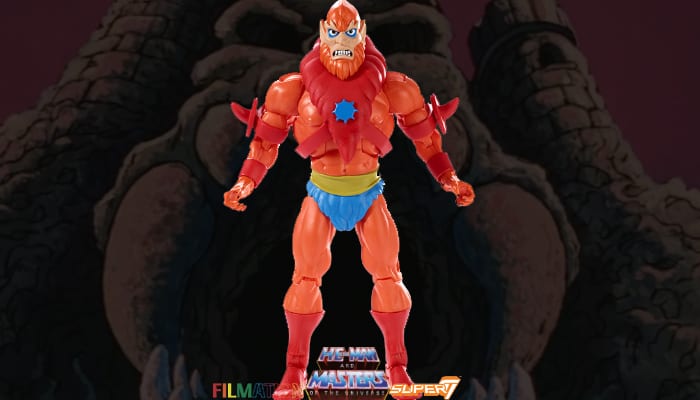 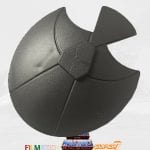 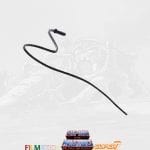 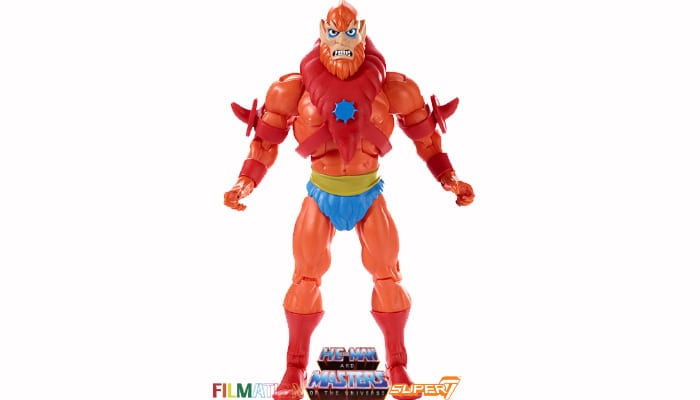 Beast Man action figure from the Filmation Masters of the Universe toy line. Beast Man was constructed with a standard body that is smooth and not furry. His arm armor is removable as is his furry neck piece. The body is pretty basic and is not furry like previous versions of Beast Man they have created. The orange and red colors compliment each other really well and are spot on with the cartoon. Not that the cartoon and the figure has to be an exact match, I am surprised about the tan color that was selected for the face. In the cartoon series, Beast Man’s face is set off by stark white paint whereas this version is more in the tan family of colors, which subdues the facial features of the figure.  Some of the sculpting leaves something to be desired, especially the way the boots were shaped. They just look odd and have weird angles but luckily you are not staring at his feet all day. The neck piece is really chunky, which prevents his head from moving but it is a dead on likeness to the cartoon, especially with the blue burst right dead center in his neck piece. Beast Man also came with his signature black whip and shield, which has appeared in the Filmation cartoon. 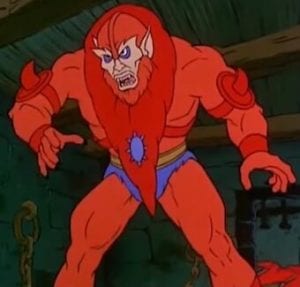 In the series, Beast Man was initially portrayed as vindictive and nasty, often resenting Skeletor’s leadership. The series shifted him into the role of the bumbling henchman, often providing comic relief and inadvertently foiling Skeletor’s schemes. His strength and other talents were regularly underappreciated by Skeletor. Despite disliking his master, Beast Man seemed to possess a twisted love for his role among the Evil Warriors and went to great lengths to preserve it. Beast Man’s most recognizable power, telepathically controlling animals, solidified during the Filmation series. If he lost consciousness, he would lose control over any creature under his command. Beast Man stated once that he would be relatively powerless without the power of Snake Mountain behind him. Shadow Beasts were apparently the only creatures that followed his orders without the need for mind control. Much like many other Evil Warriors, Beast Man occasionally struck out on his own endeavors, often teaming up with Trap Jaw.

Before Super7 took over the license for the Filmation line of the figures, Mattel produced the first wave of figures for this line. Super7 Filmation toy line features fully articulated action figures stand 7” tall and come with a bevy of awesome accessories, presented in packaging consistent with the history of their respective lines. Sculpted by the incomparable Four Horsemen with careful attention to the finest details, these Masters of the Universe figures will stand toe-to-toe with the vilest villains and hardiest heroes on your shelf. The packaging for the Filmation toy line features both Club Grayskull packaging. 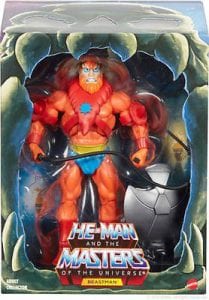 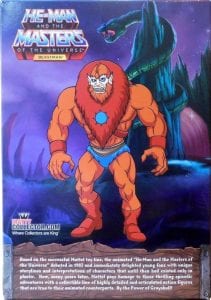