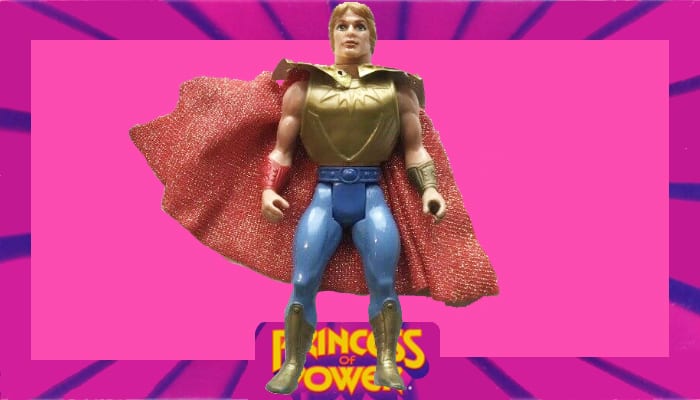 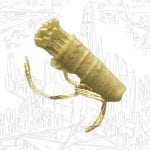 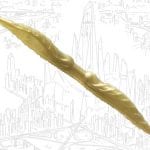 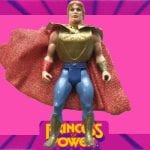 Bow is dressed in blue pants with a gold shirt and red cape. He looks wildly different from his on screen cartoon appearance, with the notable differences being that he wears a yellow and white half shirt with a heart in the middle. He came packed with the following accessories:

Hailed as the best shot in all of Etheria, the charismatic Bow was an important member of the Great Rebellion. He enjoyed the thrill of battle, the romanticism of being a champion for the oppressed, and the adulation of the crowds.

Throughout the animated series, it was strongly implied that Bow had an attraction to both Adora and She-Ra. His closest confidant was Kowl, with whom he shared a history and a strong bond of friendship. Kowl took great pleasure in proving his superior wit and intellect, much to Bow’s chagrin. Although never carrying him into Battle, Bow’s horse, Arrow, accompanied him on many missions.

Without magical powers, Bow relied heavily on his skill with a bow and arrow. As a marksman, his accuracy was second to none, even over great distances. He could create a chain reaction of events from a single shot by striking an object with an arrow.

Bow was a musician, and his bow transformed into a harp as needed. His musical talents were not always warmly received. An illusionist, Bow was both highly proficient at sleight of hand and a master of disguise. He could infiltrate Horde bases. Occasionally, he would have to disguise himself to visit friends outside the Whispering Woods, thanks to his fame among the Rebels. With a love for being the center of attention, Bow would entertain crowds as a storyteller.