Warrior with the grip of evil 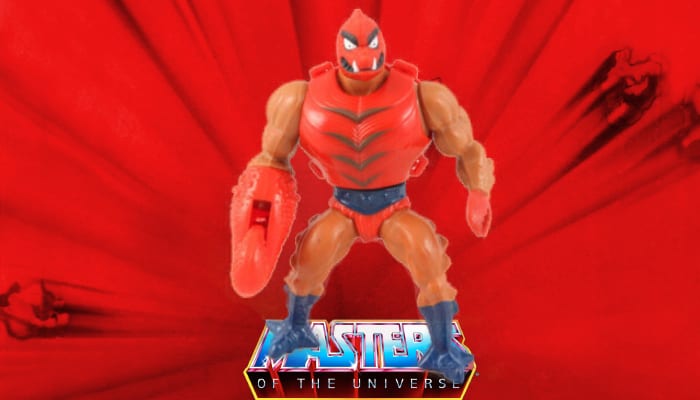 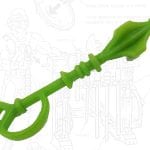 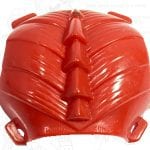 Clawful’s Filmation appearance differed greatly from that used in other media, and his Filmation design was almost completely unrecognizable in comparison to his action figure. He was one of Skeletor’s more intelligent Evil Warriors and would attempt to carry out missions on his own. Though Skeletor described Clawful as his most trusted henchman, Clawful revealed that he would turn on Skeletor when given the chance and expressed the desire to lead the Evil Warriors himself. His snapping claws threatened more than they captured, but he did possess brute strength and was even able to go toe to toe with He-Man.

Clawful as he appeared in the Masters of the Universe Cartoon 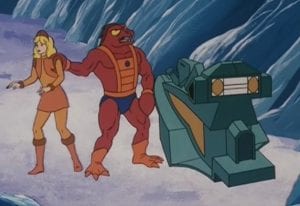 Using his dreadful claw to do his evil will, he quickly became a core member of Skeletor’s evil henchman. This crustacean being has a hard shell of armor that protects him from extreme hot and cold elements. His special abilities include:

According to the Grayskull Wiki, Clawful was introduced into the Masters of the Universe toy line in 1984. However, he makes his debut on the accompanying cartoon series by Filmation in 1983, late into the show’s first season, earlier than most other characters from his wave of toys. His appearance on the cartoon is significantly different from the appearance of his action figure. He is given fins, which make him resemble a sea creature more closely, and unlike the action figure, both his claws are the same size, the reason for this being to make his character symmetrical so animation cells could be flipped over without his large claw constantly switching sides.

Introduced in the episode “Dree Elle’s Return”, Clawful receives a strong introduction as lead villain of the episode. Having stolen an artifact called the Horn of Evil from Orko’s homeworld of Trolla, Clawful is portrayed as a strong, harsh commander to the bumbling Trap-Jaw who assists him throughout the episode. He makes his second appearance a few episodes later in “Castle of Heroes” in which Skeletor describes him as his “right-hand man” and he is portrayed as such throughout the episode, as a loyal sidekick to Skeletor, whom Skeletor seems to respect more than most of his other warriors. Although his introduction seems to indicate he is a rung above the other villains, this is not expanded upon throughout his later appearances, most of which portray him as just another of Skeletor’s henchmen, albeit more intelligent and slightly more responsible than most others.

His most significant episode of the show’s second season is “Things That Go Bump in the Night”, which indicates that Skeletor’s apparent respect for him, as demonstrated in “Castle of Heroes”, has waned, as Skeletor is shown to be aggressive and distrustful towards Clawful, who in this episode vows that he will someday overthrow Skeletor as leader of the Evil Warriors. Clawful seems to possess more confidence than Skeletor’s other minions in that out of all of the Evil Warriors who make this statement for themselves throughout the series, Clawful is the only one bold enough to say it to Skeletor’s face, and he is also seen to sarcastically laugh off Skeletor’s abuse with a confidence few other evil warriors ever exhibit.