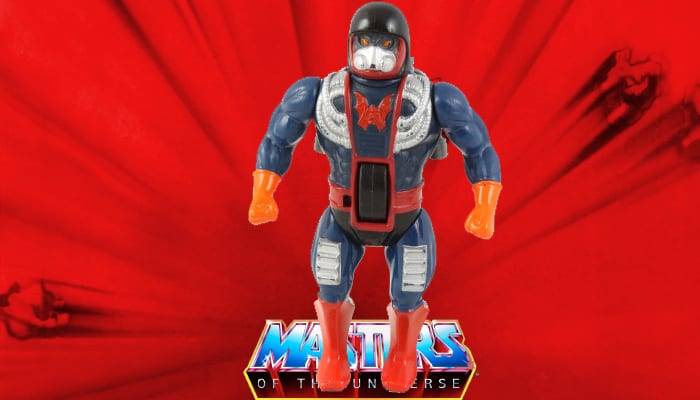 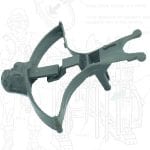 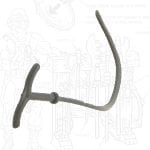 Dragstor was a member of the Evil Horde and very likely one of the fastest beings on Etheria. He had a wheel embedded in the center of his body and an engine embedded in his back. When he needed to move quickly, Dragstor fell to the ground and took off in an explosive surge of great speed, riding through the dirt upon his torso wheel. Dragstor’s tale was a tragic one, for he was not always a servant of the Horde. Originally, Dragstor was a mere Etherian peasant. He was kidnapped by Hordak and underwent unspeakable experiments at the hands of the power-mad technomancer. These experiments transformed the peasant into a disfigured living vehicle. Hordak subsequently brainwashed the transformed peasant and turned him into a Hordesman.

Dragstor, a member of the Evil Horde, is a cyborg warrior with a tire as part of his chest and an engine on his back, allowing him enables him act like a car and traverse along the ground at super-speed. His special abilities include and engine and torso-embedded wheel for rapid travel. 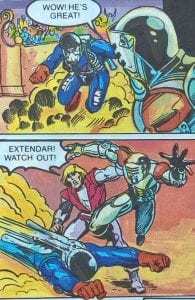 According to the Wiki Grayskull, Dragstor was introduced into the Masters of the Universe toy line in 1986.[1] The idea of a character who serves as both a warrior and a vehicle may have been developed to cash in on the popularity of Transformers, one of the toy line’s key competitors.

His figure was packaged with the minicomic “The Warrior Machine”, in which he is an Etherian peasant whom Hordak captures and turns into an evil cyborg with his latest machine. This minicomic also introduces the heroic character of Extendar, who is given his own powers by Hordak after witnessing those of Dragstor and desiring great powers for himself. The later minicomic “Enter: Buzz-Saw Hordak!” features Dragstor presenting a rebellious attitude, exposed in his rivalry with the newest Horde warrior, Mosquitor indicated in the dialogue when He-Man asks “Who’s your new friend?” Dragstor replies “Mosquitor… and he’s no friend of mine!”.

An alternate origin for Dragstor is given in the UK comic series published by London Editions. This origin, in the story “My Friend No More” in issue 31, has gained popularity among the fan base despite only having been published in the UK and Europe. This story once again ties him in with Extendar and reveals that Dragstor and Extendar were formerly Eternian humans named Theydon and Doodon respectively. They were best friends who regularly competed in races together. Theydon was one of Eternia’s master runners and regularly won his races. While competing in an annual race, Doodon stumbled and fell into quicksand, and Theydon, although leading in the race, sacrificed his victory in favor of saving his friend. However, immediately afterwards the two were captured by the Evil Horde and taken to Hordak’s laboratory, where Hordak turned them both into cyborg warriors to serve him. Although Theydon was completely brainwashed upon his transformation into Dragstor, Extendar, touched by the way his friend had saved his life, resisted the effects of the brainwashing and escaped from Hordak. He joined the ranks of the Heroic Warriors and vowed to fight on until Dragstor was freed from Hordak’s curse. The relation between these two warriors is built upon in later stories, in which Extendar finds himself unable to fight against Dragstor due to their former friendship. Dragstor is portrayed as mindlessly loyal to Hordak, with no memory of his human life, and is also highly exuberant and eager to help out in all Hordak’s schemes. His loyalty earns him more respect from Hordak, who in a later issue gives Dragstor the honor of being the first warrior to pilot his new vehicle, the Fright Fighter.