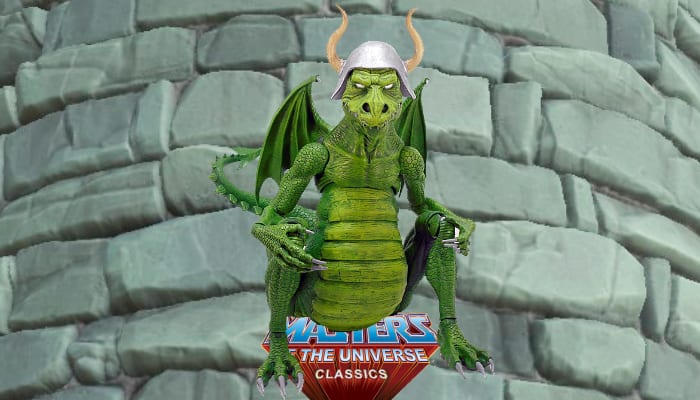 As the intimidating Lord of Darksmoke, Granamyr possessed great size,power, and wisdom long before the rise of Grayskull. When the fear-mongering wizard Nazghal had humans steal from Dragon Tower the Gem of Magoo, Granamyr declared all humans to be enemies ofDarksmoke. Three hundred years later Eldor and He-Ro defeated Nazghal and returned the Gem to Granamyr as a peace offering on behalf of King Grayskull. Granamyr accepted their gesture and later blessed He-Ro with the Gem to wield in his magic staff. Over the centuries Granamyr’s green hide gradually turned red, but his disillusionment with humans persisted until the champion He-Man sough his help and became the first human in five millenia to earn Granamyr’s respect.

You have the power!

You have successfully joined our subscriber list. Now You have the power!