The Ferocious Figure with Fur 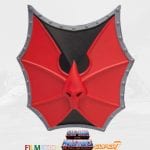 Grizzlor action figure from the Filmation Super7 Masters of the Universe toy line. 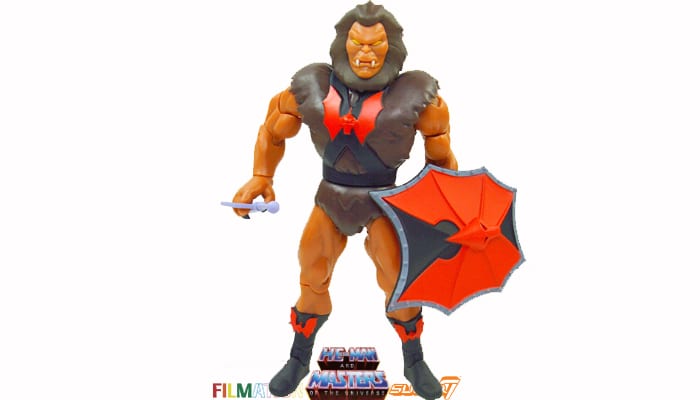 With his great size, fearsome fangs, fur-covered body, and ferocious nature, Grizzlor is one of the most horrifying members of The Evil Horde. As the prison keeper of Hordak, it is his job to preside over the terrible dungeons of Beast Island, guarding the prisoners, whilst ensuring that the horrific beasts never leave. Grizzlor does not possess a great deal of intellect and is often mocked by his villainous allies, whilst his enemies often find simple ways of outwitting him in battle. 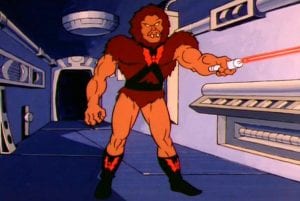 Grizzlor was initially portrayed as a competent and threatening member of the Horde, overseeing Beast Island. Like many of Hordak’s other warriors, he was said to be a product of Horde science, implying he had once been a normal creature or possibly human. He was depicted as rather muscular, with hair coverings similar to his action figure. Over time, the Filmation animated series increasingly depicted Grizzlor as a bumbling henchman, often bearing the brunt of Hor-dak’s wrath. Occasionally, he worked as part of Catra’s Force Squad, though he did not like taking orders from her. He displayed a strong dislike of Mantenna, and the pair would often bicker. Though showing some leadership skills, ferocity and strength were Grizzlor’s primary attributes. 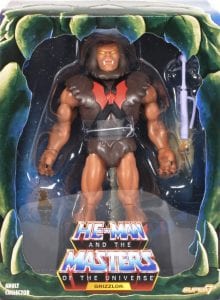 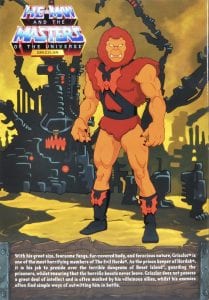