Heroic Creator of the Cosmic Key 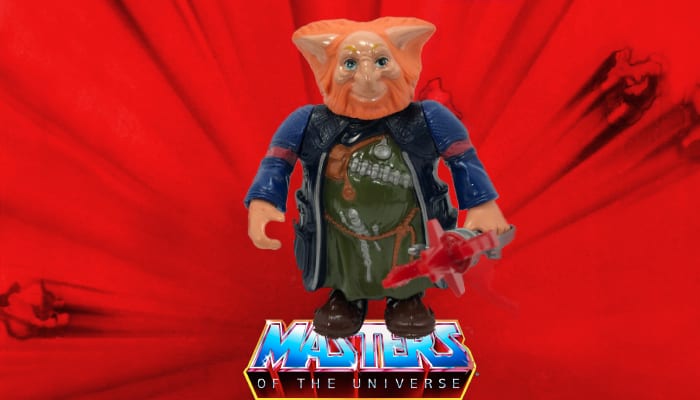 Gwildor from the vintage Masters of the Universe original series toy line. He is a member of the Thenurians, a dwarf-like race of people. He is known throughout Eternia as a famous locksmith and inventor, and is notable mainly for his greatest creation: The Cosmic Key, a mechanical device with the ability to transport its holder to any place throughout space and time. His special abilities include:

Gwildor was a genius scientist and inventor of the Cosmic Key—a device which allowed the holder to travel through space and time. What he lacked in size was made up for in wisdom. Although he could be impatient at times, Gwildor was a great help to He-Man.

1987 Masters of the Universe Movie

In the 1987 film, it was established that Gwildor belonged to a race of peaceful and trusting people called the Thenurians. He was widely known for being an inventor and locksmith. He created the Cosmic Key along with other inventions. Evil-Lyn tricked Gwildor and stole the Cosmic Key, which she used to enable Skeletor to transport his army to Grayskull and overtake the castle. Thankfully Gwildor retained a prototype copy of the key, which he used to help He-Man and the other heroes. When the heroes were outnumbered by Skeletor’s forces, Gwildor used the key to transport them away from the heat of battle. 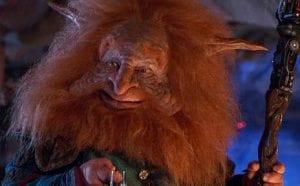 The key transported them to Earth, where the key itself was lost, sparking off a hunt by both good and evil forces to find the key before Skeletor gained the Power of Grayskull back on Eternia. Skeletor was keen to offer Gwildor the role of his full-time inventor after he’d unwittingly helped him conquer Grayskull, but Gwildor, regretful of his mistake, refused outright.

According to the Wiki Grayskull, Gwildor was introduced into the mythology with his appearance in the 1987 live action film starring Dolph Lundgren. Played by Billy Barty, he was created specially for the movie to provide comic relief as a substitute for Orko, whose design was too complex for the studio to produce in live action with its limited budget.

Gwildor’s role in the movie is key to the central plot. He is introduced into the film when rescued by He-Man from Skeletor’s soldiers. He then explains how he was tricked by Skeletor’s sidekick Evil-Lyn into giving his prize creation The Cosmic Key to the forces of evil, and thus allowing them to enter Castle Grayskull and take over Eternia. As the unwitting cause of Grayskull’s defeat, Gwildor endeavors to help He-Man overcome Skeletor by using a prototype Cosmic Key. When the heroes find themselves overwhelmed by Skeletor’s army, Gwildor uses the Cosmic Key to help them escape, and the heroes are transported to Earth, leaving Gwildor faced with the task of finding the correct programming on the Key to transport them back before Skeletor gains the power of the universe.

Gwildor is presented as absent-minded and quite bumbling, but also wise, intelligent and good-hearted, with little fear. His Cosmic Key, meanwhile, is a complex device with numerous switches and buttons, which can be used to programme sonic waves, sounds, music and light patterns which serves to transport its users to the location of their choice.

In earlier drafts of the movie’s script, Gwildor’s character was slightly different. He was initially described as being even smaller and unable to walk long distances, meaning he had to be carried on Man-At-Arms’ back for most of the story. He also had a fearful side to his character similar to that normally associated with the character of Cringer, and frequently becoming scared easily and cowering away from danger.

masters of the universe revelation. He-man teela, Merman and Skeletor
$25.00