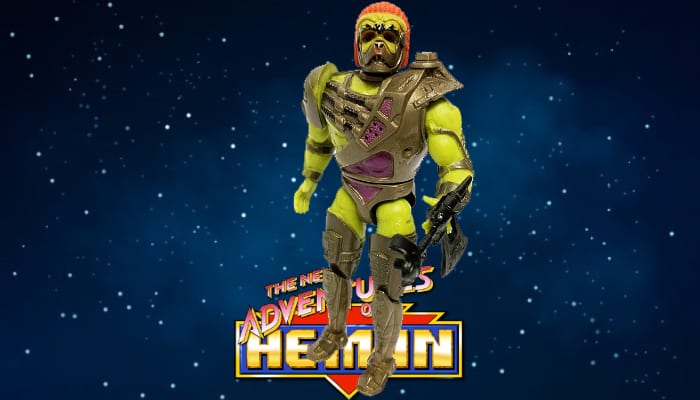 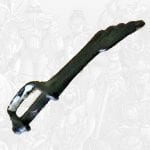 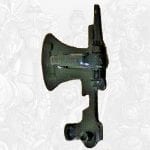 Karatti is a Space Mutant from the 1990 New Adventures of He-Man toy line. His figure appears like a space pirate with a green body and copper armor up his legs and around his torso and left shoulder. He came packed with the following accessories:

Karatti mostly appears as a background character in the TV series. He is usually seen working with his partner in crime, Hoove, and once almost beats He-Man using his powerful martial arts skills. Using his karate training and agility, he was able to knock He-Man’s Power Sword from his hands, and might have bested him in combat if not for the intervention of the Primus gardener, Grot.

While not possessing any special powers or weapons, Karatti more than made up for it with his karate training. He appeared to be a master of the art, confident even He-Man would fall to his power. He is one of the only Mutants to ever come close to beating He-Man in battle, and also put up a good fight against Hydron in the Quagmi Swamp, with the Galactic Guardian having to move quickly to avoid Karatti’s powerful strikes.

Karatti seems loyal and dedicated in his work, when he noticed a Mutant trooper had not saluted Flogg on the Mothership, he demanded that the trooper show his leader the proper respect. Thanks to Karatti’s observation, the trooper was in fact revealed to be He-Man in disguise. He also showed considerably more brave qualities in battle than some of the other Mutants, branding Hydron a coward for not standing still and fighting him. When the Mutants occupied Primus, Quakke reported to Flogg that Karatti had completed victory in taking of the underwater city of Serus.

Karatti’s role diminished as the series went on, and he faded into the background like his comrade Hoove.