Here is a transcript of the review with some additional photos: 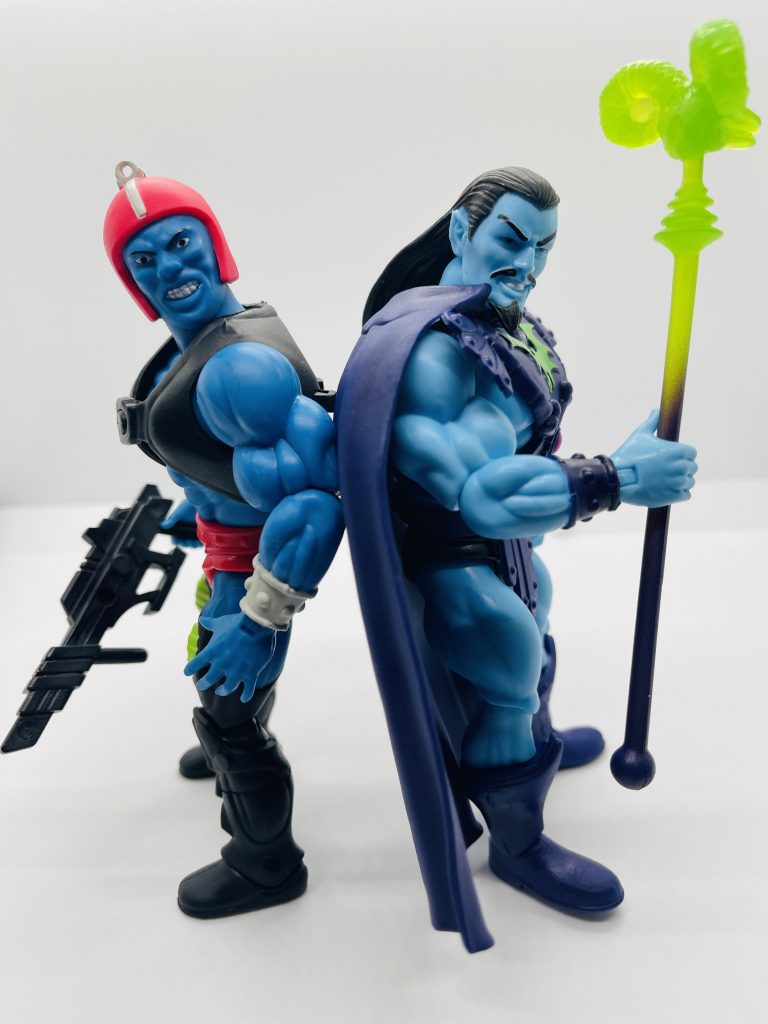 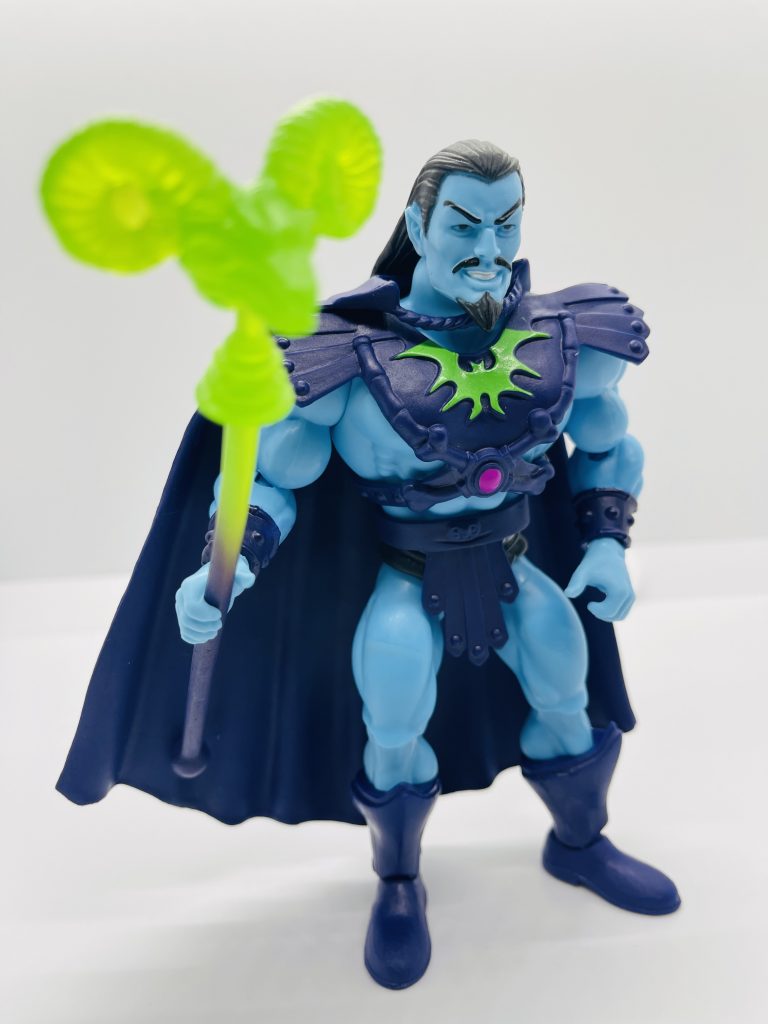 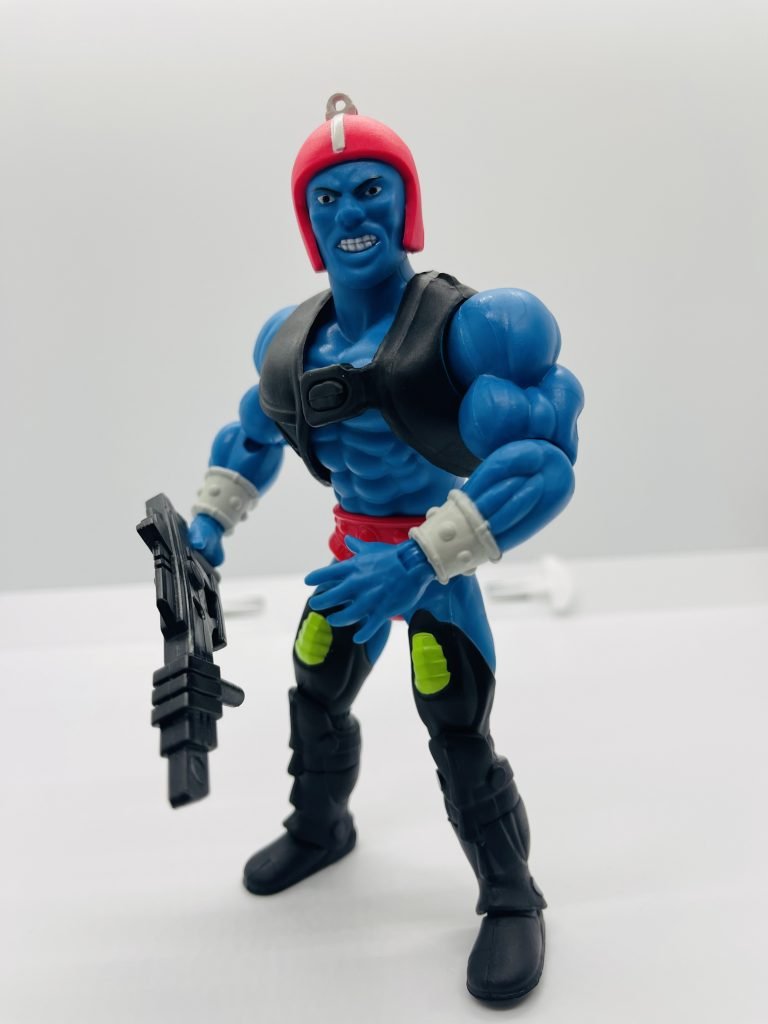 Eternians rejoice! It is finally here! Hey Everyone Toy Habits back at you with a hot take on the Masters of the Universe Origins Rise of Evil two Pack featuring none other than the treacherous dynamic duo themselves Keldor and Kronis.

It’s really interesting that they packed these two trouble makes together because they have a really torrid past! To make a long story short, Keldor employed Kronis as a mercenary and after Keldor had an unfortunate mishap that melted his face off, Kronis was not happy reporting to Lord of Destruction anymore…they got in a massive fight and Kronis came out on the short of the end of the stick.

Now that is out of the way, let’s take a look at the delicious box art which harkens back to the Masters of the Universe Gift sets from the 80’s with the window style display that shows off these gorgeous figures.

As we move up the box, you can see the two figures front and center that show off the accessories they are packed with but this is not the best part.. On the box flap, you can see Keldor and Kronis poised to cause some big time trouble in the land of Eternia.The artists that create these works of art are truly amazing! The back of the box is no exception as it shows you the other figures that are either out in the wave and how to remove and replace the accessories. But really the piece de resistance is the art that shows Kelodor and Kronis in a battle with none other than King Randor and a mini comic version of Stratos. If that is a taste of what is to come, I need to take second mortgage out on my house because I am going in big time debt. Even the side of the box is awesome as it shows Beast Man, Mer-Man Evil-Lyn, and Tri-Klops in a scene where they must be either collecting intel or scouting a way into Randor’s palace.

Now we get to look at the individual figures and we are kicking it off with Keldor so Let’s get up close and personal and start by looking at his and armor as it has a couple paint embellishments that Skeletors armor did not have, which include a green bat like symbol and a magenta jewel near his belly button. His loin armor is nicely riveted with a ram stone in the center, which is resued from the Skeletor figure. The head is on a ball joint but it really has some limited movement as his hair gets in the way and runs into his cape. As we turn the figure around, you can see the detail Keldor’s long flowing locks and you can get a closer look at the articulation which moves down more than it moves front to back as his cape gets in the way. Given that this figure has a cape, it is a little back heavy and hard to get him just right when trying to stand him up.

On to Keldor’s accessories and Let’s first take a look at the Skeletor head this headsculpt is phenomenal as it has white teeth and the purple around his eyes give them a more sucken look and feel. The Power Sword has a green tip that blends into the deep purple for a glowing effect as it really looks like it has the power. Thee havoc staff has a similar look which recreates the energy flowing through it like the art on the back of the box. The staff and the sword are recasts of Skeletors weapons but with a much cooler look them. For some reason I had Right Said Fred’s I’m too Sexy playing in my head when I think of his removable cape so let’s take a closer look at that. The cape is a soft plastic and has a rope like neck piece.Because of Keldor’s hair and the size of his head, you need to remove his head to access the cape.

The eyes in the Skeletor head are the coolest feature of this set. I’m going to shine a flashlight into the eyes so you can get a better look at how eerie and iridescent they are. Once the eyes catch the light they look like they are coming alive. I am really impressed with the attention to detail as they really went above and beyond with this headsculpt as they did an outstanding job capturing a very different version of Skeletor we’ve never seen.

So let’s move on to the insane criminal from another dimension Kronis. First off, this version Kronis dawns the trap jow helmet with the loop on top and I feel that the helmet sculpt is a little too big for the head. He has a more rounded look to his facial expression and If you look at the figure straight on it looks good but at other angles I am not super fond of his grin. His black armor is removable and there are 3 slots in the back that are made to hold objects but Kronis did not come packed with anything other than a gun so I am a bit perpexed as to why they created his armor this way. I don’t know…if you have ideas…let us know in the comments. The only accessory Kronis comes with is a large black vintage weapons rack inspired gun. It has a similar shape and look and feel to the gun that came with Castle Grayskull back in the 80’s but has sharper angles and a stalkier, bulkier build to the weapon.

I do think Kronis should have came with a closed fist so he could physically hold his weapon in both hands but it still looks good! And here is another look at his menacing mug. And here they are as they plan their next adventure.

I wanted to bring in a comparison to the Masters of the Universe Classics Kronis since we know have two versions. You can see that the Origins Kronis is less mechanized and more human looking than his classics counterpart. I do also think that the Classics figure nailed the size and shape of the helmet as well as the facial expression a lot better

Doing the same comparison with Keldor, it looks like they nailed the headscuplt on the origins version but I would have loved that little green vile for this one.

You can see that the armor is essentially the same with some paint app differences and the bone with the jewel rests higher on Keldor’s chest in the Classics version than in the Origins version. They really nailed the Origins version but since the figure has a cape, it is a little back heavy and…you see my point!

We hope you enjoyed this hot take on Keldor and Kronis and please Let us know what you think in the comments below and don’t forget to like, share and subscribe.