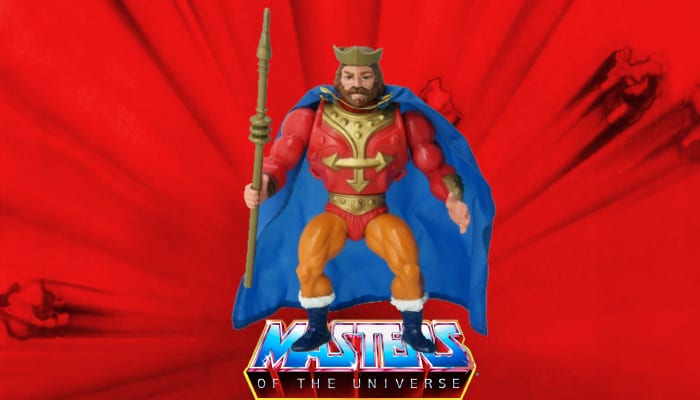 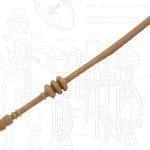 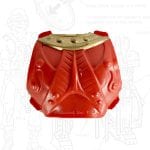 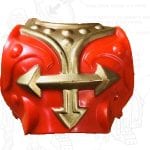 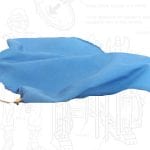 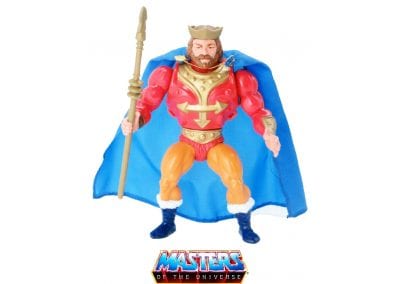 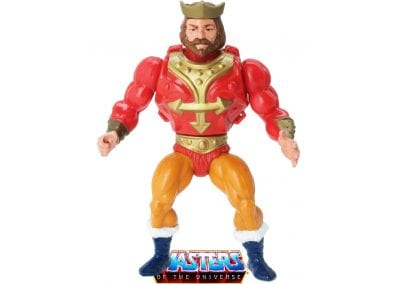 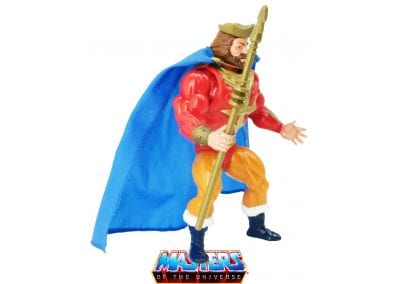 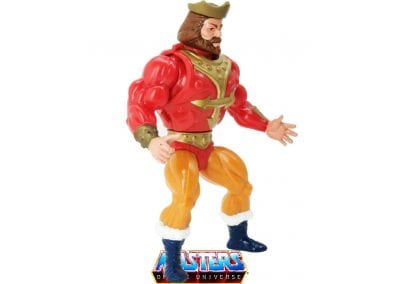 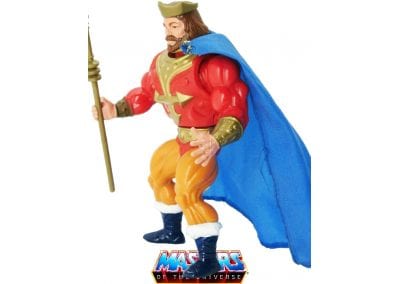 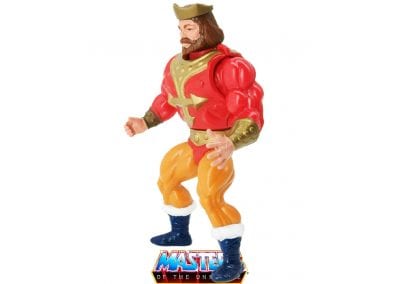 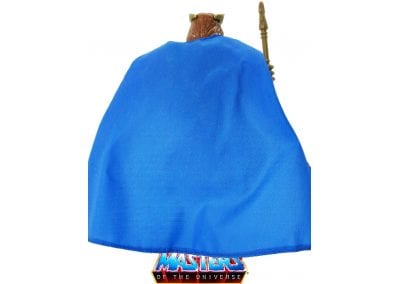 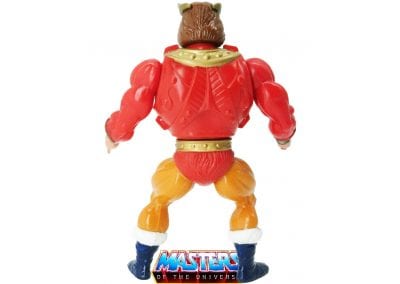 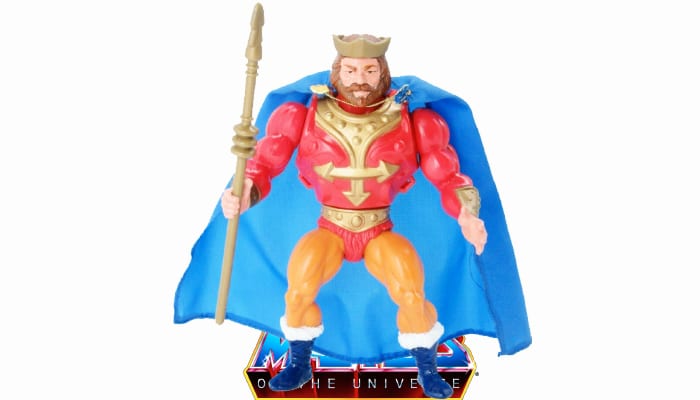 According to the Wiki Grayskull, In the original toy-line, despite featuring very much throughout the franchise’s run, there was no King Randor figure until a surprise sudden release as part of the final wave. As the final wave was generally produced in less quantity due to sales gradually dipping, the figure is one of the rarer and more hunted of the original line.

King Randor action figure from Randor is the King of Eternia and the father of Prince Adam and Princess Adora. Hoping that Adam will become King, he sometimes is shown teaching him lessons but the Adam’s reluctance and seemingly lazy persona is off putting to Randor but that does not stop him from being proud of his son. 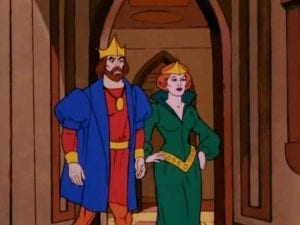 King Randor assumed the throne at a young age, following the disappearance of his father, King Miro. Though it was occasionally implied that he ruled over the planet, it was more strongly established that he ruled a large territory from the city of Eternos and that many other kingdoms existed outside his domain. King Randor would witness the arrival of Earthling astronaut Marlena Glenn when her ship crash-landed on Eternia. He recovered her safely from the wreckage, and the pair soon fell in love. They married and had twins, Adam and Adora, but their daughter was kidnapped by the Evil Horde. Randor trusted Man-At-Arms as both his friend and his closest ally. Whenever the kingdom was in danger, it was often Man-At-Arms to whom he turned for advice and help. King Randor loved Prince Adam but often found faults in his son, who did not seem eager to take on his prestigious birthright. King Randor’s greatest power was his ability to govern the kingdom with wisdom, compassion, and reason. For this, he was universally revered for his fairness and goodness and loved by his people. 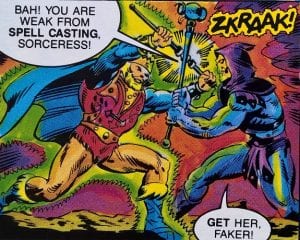 The later minicomics established that Randor had a brother, Keldor, who had gone missing many years before. Though older than the Heroic Warriors who reported to him, he could competently hold his own in battle.

According to the Wiki Grayskull, Randor is the good and noble King of Eternia, and the father of the series’ hero He-Man, or rather his alter ego, Prince Adam, and (introduced later) Princess Adora, a.k.a. She-Ra. He is often annoyed and disappointed by Adam’s seeming laziness and reluctance to take any real responsibility. Not realizing his son’s dual identity, he is still very proud of his honest and kind-hearted son. Sometimes he is shown trying to teach his son lessons, as presumably Adam will become King one day. Unlike his children, who are both blondes, he has brown hair and a beard. Although Skeletor, the line’s main villain, is initially said to be “from another dimension”, late on in the original line it is heavily implied, but never officially confirmed, that Randor’s long-lost brother Keldor became Skeletor. However, the writer of “The Search for Keldor”, the minicomic in question, has since confirmed that this was the intent. In the 2002 series, Keldor also becomes Skeletor, although through different circumstances, and there is no acknowledgement that Keldor is Randor’s brother.
Untousasonanddaughterareborn
The newborns, Adam and Adora.

Randor appears regularly in the original series, but it is uncommon for him to be directly involved in the action. However, he features heavily in the storyline of the episode “Prince Adam No More”, in which he displays both his love for his son and his prowess at battling Skeletor’s robots. The rest of the 1980s incarnation of the franchise mostly sticks with Filmation’s version of a bold, middle-aged, brown-haired king, but some of the franchise’s other material presents him as a much older, white haired, almost wizened ruler.