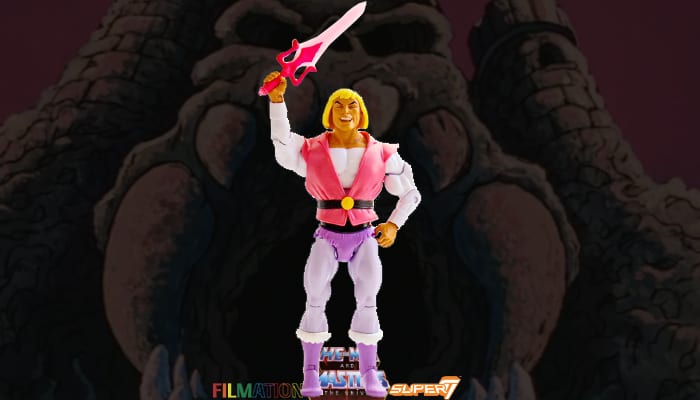 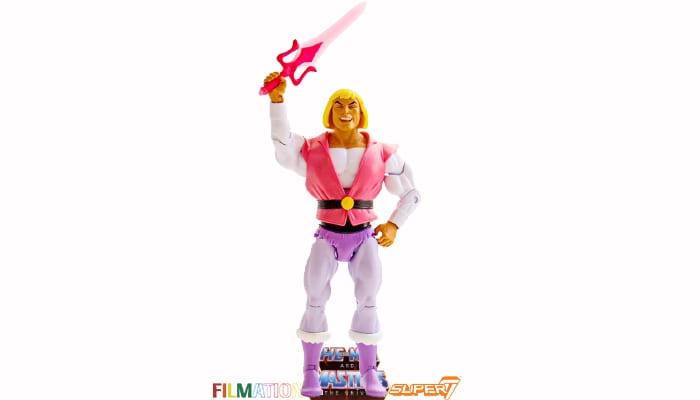 The Laughing version of Prince Adam did not come with a bio and I am assuming that bio that was developed for the regular Prince Adam figure would suffice:

Prince Adam, son to King Randor and Queen Marlena, fights a never-ending battle against the forces of evil as He-man, The Most Powerful Man in the Universe. Adorned in his pastel-colored attire, Adam finds it difficult to maintain the role of the buffoonish Prince of Eternia, but knows that in order to distance himself from his alter ego, he must endure the charade. Those aware of Adam’s secret identity are constantly proud of him, knowing that aside from physical strength, everything that makes He-man a hero comes from Prince Adam.

Over a decade ago, a remixed video using clips from the original He-Man and the Masters of the Universe animated series became a viral hit. Prince Adam performed a cover of 4 Non Blondes’ “What’s Up?”, which led to the “Laughing Prince Adam” meme, which led to Super7 immortalizing the meme as an exclusive Comic Con figure. You can see the video here, which was originally created by slackcircus. 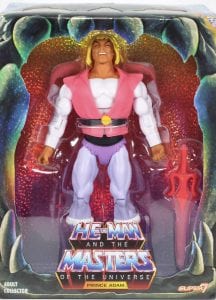