Evil Spy with the Pop Out Eyes 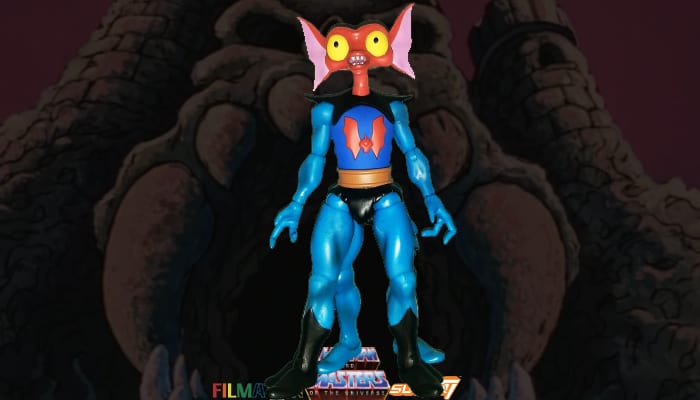 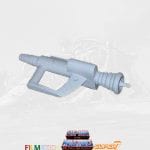 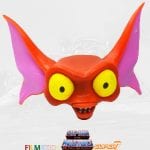 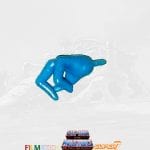 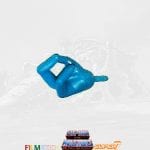 Mantenna action figure from the Filmation Super7 Masters of the Universe toy line. 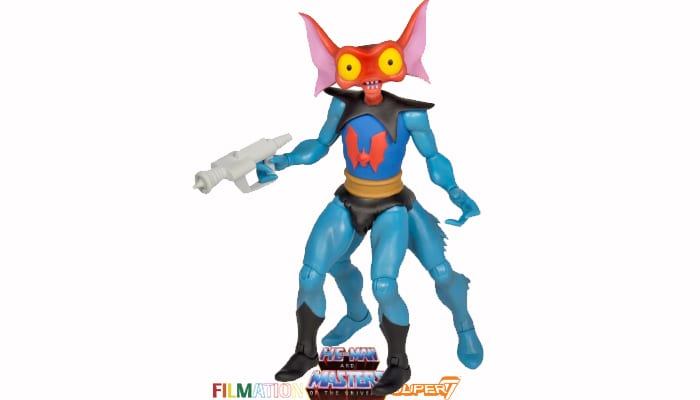 Mantenna, who is by far the most bizarre-looking member of The Evil Horde, has the ability to telescope his eyes from their sockets. Once extended, his eyes have the ability to shoot a variety of beams that can overpower an enemy in mere seconds. Although Hordak takes great pleasure in mistreating Mantenna, his shrill-voiced underling has often proven himself capable of leading patrols of Horde Troopers against the oppressed people of Eterhia. It is in these moments of dominance that Mantenna’s cruelty shines through. 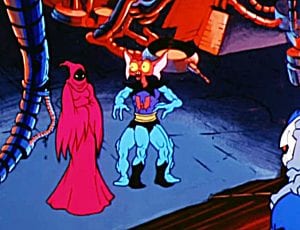 A product of Horde science, Mantenna was a powerful, if bumbling, member of the Evil Horde. His eyes, extendable on long stalks, allowed him to spy over great distances and could fire a variety of blasts, including stun rays, balance-distorter rays, and freeze beams. Often the target of Hordak’s wrath for his incompetence, Mantenna was frequently the victim of the Horde leader’s trapdoors.

According to the Wiki Grayskull, When the Horde appear in the She-Ra: Princess of Power series, Mantenna retains his “spy sight” from the minicomics, and can fire energy beams of different varieties from his eyes, such as stun beams, gravity distortion beams, and freeze rays. Mantenna is a nervous stuttering imbecile mainly used for comic relief, with a running gag that Hordak frequently sends him down a trap door in front of his throne for any number of reasons. Although, once or twice Mantenna actually turns the tables on Hordak and sends him plummeting down his own trap.

Hordak falling down his own trap door as Mantenna looks on 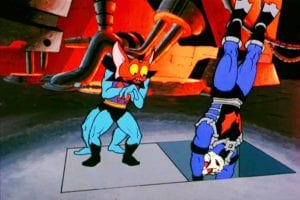 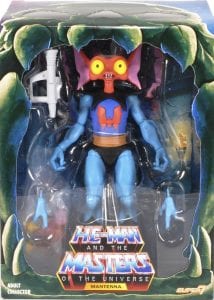 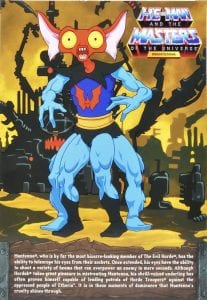