We go deep on the upcoming Masters of the Universe Revelation cartoon with speculation on how this series may tie in the classics MOTU Cartoon from the 80’s along with taking a look at the animation stills. We also discuss Wave 1 of the Mastersverse figure line along with the images of the figures that have been released thus far. Check out discussion on our Toy Habits YouTube Channel and please subscribe to support our new endeavor. 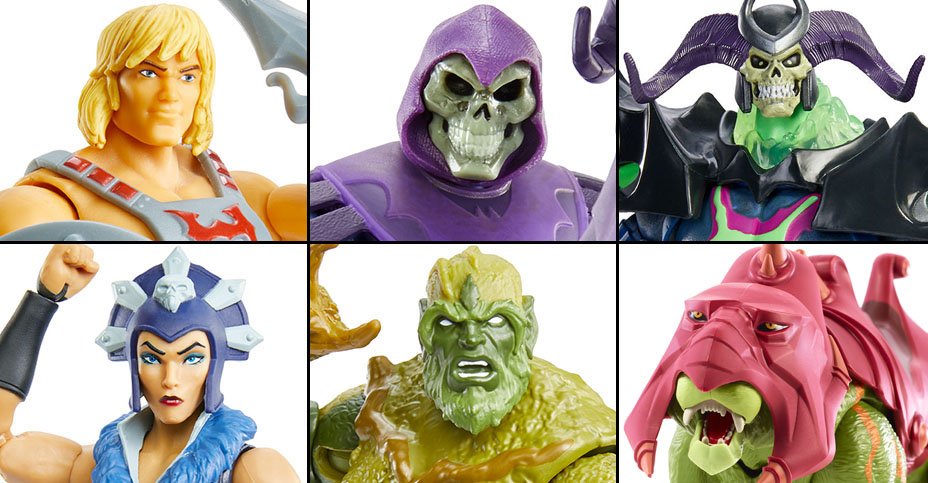 Kicking off Wave 1 of the Masters of the Universe Masterverse line include He-Man, Skeletor, Evil-Lyn, Moss Man, Battle Cat and Skelegod. I have been waiting with anticipation for these figures since they were teased at the virtual Power Con 2020 convention but I have to say that I am let down by the line but let’s take a closer look at the individual figures so you can judge for yourself!

In my opinion, there is so much wrong with this figure that I have a hard time finding out what is right about it. I think this figure suffers from a head that is too disproportionate to it’s body. I am not super fond of the head sculpt as I think they gave He-Man a very dopey look to him. I think his head sculpt would have been perfect if they put it on a Prince Adam figure, but they didn’t. His loin cloth also looks oversized but maybe that is camera angle. The Power Sword looks too plain and slender but I do like the brown hilt.

Skeletor also suffers from the same fate as He-Man as his head is too small for his body as well! His amor is a little plain although I do like the soft goods cape they have for this figure. I can’t tell if Skeletor is menacing or just has a cheesy smile but the fact that I can’t tell makes me worry. The Havoc Staff is very detailed and it comes with a new accessory, the Shaping Staff, which is a nice addition to the line. 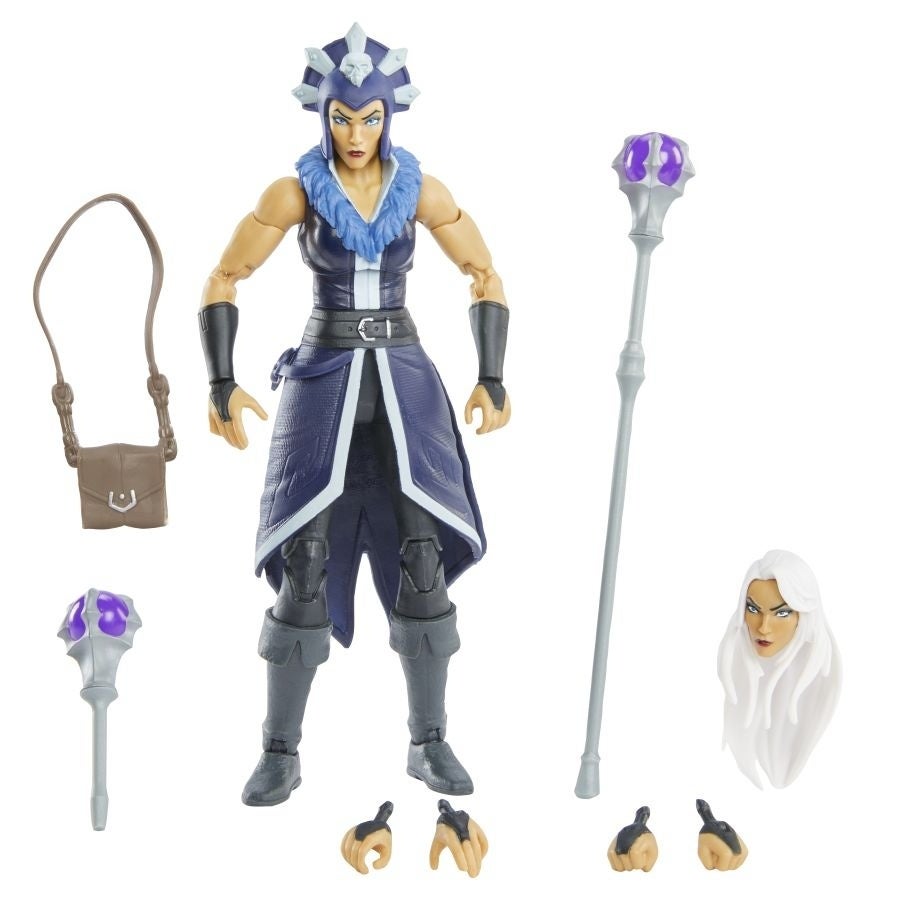 One of the best figures in the line, Evil-Lyn’s figure is a fantastic representation of her character in the Masters of the Universe Revelation cartoon. I love that they gave her actual cloths instead of the typical skirt or leotard that accompanies the women of Eternia. Her light blue fur is a nice nod to her classic coloring of the past.

Moss Man is very interesting figure and looks so different than other figures in the past. I love the earthy look to him as well as his tree root arm attachments that increase his displayability and poseability. 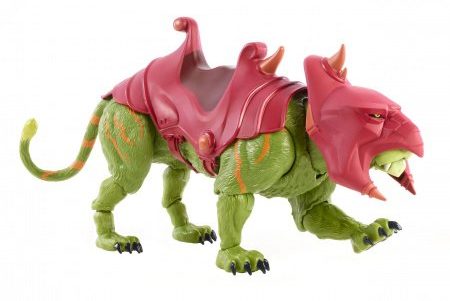 Battle Cat is one of the gems in this line as the figure strikes the right balance of a fresh new look while giving a nod to the 1980’s classic figure we all know and love. I love the angled armor and the small splashes of bronze coloring on the saddle and helmet give it a differentiated look and make is more interesting.

Skelegod is the most interesting figure of the line as it a brand new way to see Skeletor. There are parts to this figure I love and parts that make me scratch my head and think why did they make that design decision but let’s start with the pros. I really like the overall look of the figure as it feels like they infused Skeletor with his Havoc Staff and the power of Grayskull. I like his blue skin and his hand attachments as well as his soft good cape but that is pretty much it. Now, for the cons, Skelegod also suffers from his head being too small for his body and I think his loin and knee armor are pretty weird as they look like faces staring right at you. I am not sure why his head is resting on a glob of green energy goo but maybe we have to wait for Netflix animated series to find out what this is all about!