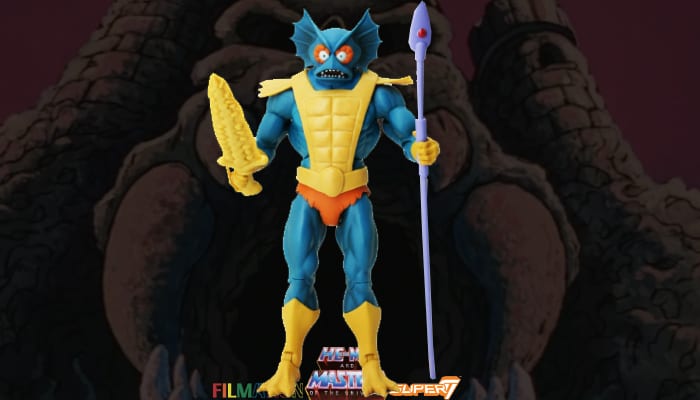 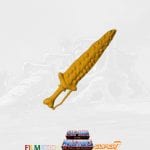 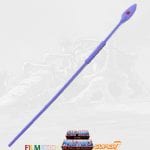 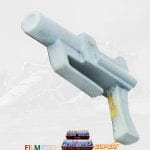 Mer-Man action figure from the Filmation Super7 Masters of the Universe toy line. 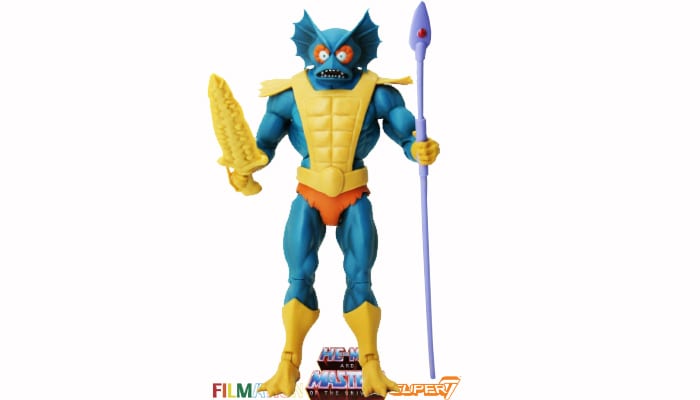 Mer-man, the Ocean Warlord, is by far the least-liked servant of Skeletor. Aside from being uncharismatic and a coward in the field of battle, he seeks no allies amongst his fellow Evil Warriors, and will often strike out on his own. He once even overthrew the entire city of Aquatica. He remains loyal to Skeletor in the hope that the Evil Lord of Destruction will one day grant him a leadership role. Mer-man’s ability to communicate with and control water-based creatures and monsters makes him highly useful to Skeletor. 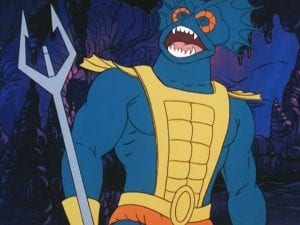 The Filmation animated series added much to Mer-Man’s characterization. He could telepathically control sea creatures, manipulate tides and waves, and occasionally carried a trident that could project blasts of energy. He was most successful when acting independently of Skeletor. Mer-Man possessed razor-sharp teeth and a tendency to leave seaweed behind in his wake. He spoke with a distinct gurgle.

Mer-Man features as a major character in almost all the various Master of the Universe media since the toyline’s inception. This includes the original mini-comics that accompany the action figures, the Filmation animated series, both the DC Comics and Marvel Comics versions and the more recent animated series produced by Mike Young Productions. He is not present in the 1987 film Masters of the Universe.
In all these different interpretations of the Masters of the Universe mythology the major aspects of Mer-Man’s character remain relatively unchanged. Mer-Man is apparently the king of a species of amphibious humanoid creatures who inhabit at least some part of the oceans of the planet Eternia. Sometimes it is stated that Mer-Man is not just the ruler of his own race but also the ruler of all that lies beneath the sea. Though a king in his own right Mer-Man is a thrall to Skeletor, the Lord of Destruction and ruler of Snake Mountain. Mer-Man’s service of Skeletor means he is constantly at odds with He-Man and the other heroic champions of Eternia. When engaging the Heroic Warriors, Mer-Man is most frequently teamed up with Beast Man. 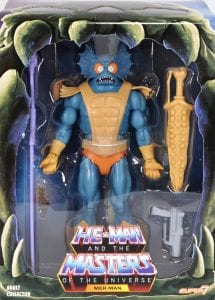 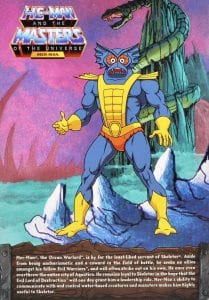