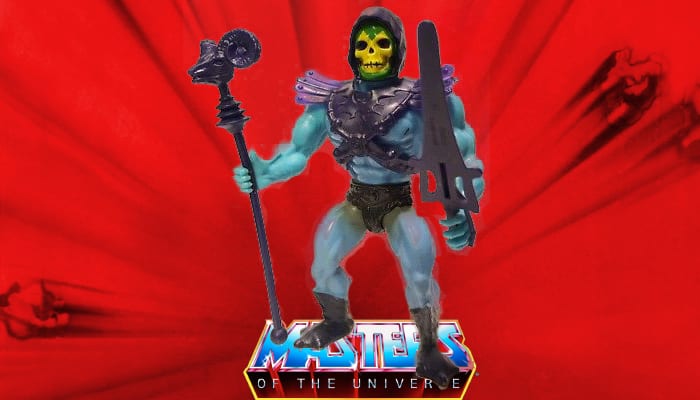 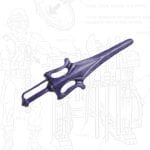 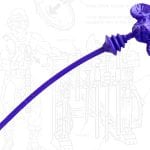 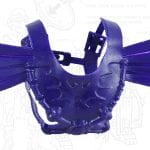 Skeletor’s lust for power fueled his pursuit to take over and rule Eternia week after week. He is the leader of the Evil Forces and had a gaggle of henchman to do his bidding. Skeletor was a wizard of magic and used this quite frequently to literally show up anywhere he wanted, created portals to run to and from battles, and use his staff to paralyze,  freeze, or render his opponents useless. He can be characterized as a megalomaniac, which a person who is obsessed with their own power. His lust for power often gets in his way and spreads to other members of his inner circle, most notably, Evil-Lyn. In addition to being a master sorcerer, Skeletor is also a wiz at science and engineering. It seems like each episode brings another one of his destructive inventions to bring the downfall of He-Man. He has a small, cult-like following with evil henchman coming to his aid in hopes of gaining power or riches by serving him. His sinister evil laugh is his most notable feature, making him one of the greatest villains of all time.

Toy Appearance
Skeletor has a blue body and the same muscular build as most of the figures in the He-Man line. His head sculpt is an exposed skull and he wears a purple hood with purple armor.

Cartoon Appearance
Skeletor is reffered to as a demon from another dimension who rules atop his fortress, Snake Mountain. He is the Evil Lord of destruction and, once an apprentice of Hordak, he rules his minions with an iron fist and has no quarter for anyone.

Minicomics
The first minicomics that accompanied the 1981-1983 line of Masters of the Universe toys present the earliest version of continuity and are fascinating for their many differences from the more widely-known continuity of the later Filmation cartoon and the later minicomics which complement it. For example, there is no royal court of Eternia, King Randor, Queen Marlena, or Prince Adam. Instead, He-Man is depicted as the scarcely-superhuman champion in a tribe of stone-age jungle dwellers.

These very first minicomics, which are actually more like storybooks with a single image per page footed by prose, state that Skeletor was originally an inhabitant of another dimension, populated with others of “his kind”. During “The Great Wars”, an ambiguous and intriguing concept which is largely ignored in later continuities, a hole was opened in the dimensional wall and Skeletor was thrown from his world into Eternia. Significantly different from the lonelier and entirely self-serving Skeletor of later depictions, the villain’s key motivation in this first story is to reopen the rift between his world and Eternia, thus allowing Skeletor’s race to invade and conquer Eternia alongside him. This was the initially-stated reason behind Skeletor’s desire to obtain the powers of Castle Grayskull, not merely seeking power for its own sake as is generally the case in later depictions.

However, as this first incarnation of the franchise’s continuity was particularly short-lived, many questions about this version of Skeletor’s origin are left unanswered, particularly as this original story remained vague about Skeletor’s people. What was Skeletor’s status amongst his own kind? Did they all look like him or was he the only one with a skull face? Were they all sorcerers? Did they all share his evil dreams of conquest? A panel from the first minicomic hints that they are just like Skeletor, but unfortunately does not show their faces. Of course this particular origin of Skeletor occurs in a different continuity from that of the better known animated series, He-Man and the Masters of the Universe.[1]