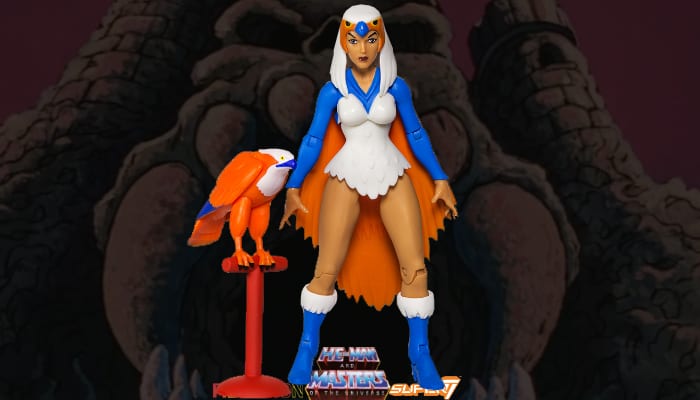 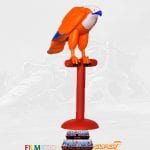 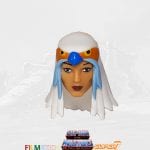 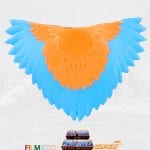 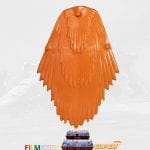 Sorceress action figure from the Filmation Super7 Masters of the Universe toy line.

The threat of evil on Eternia saw a young woman named Teela Na transformed into the Sorceress, the guardian of Castle Grayskull. As was foretold,  the Sorceress endured much sadness in her life. Her husband was killed defending Eternia and she subsequently had to surrender her daughter Teela to keep her from danger. She longs for the day when she eon reveal her true identity to Teela. Until then, the guardian of Castle Grayskull watches over Eternia, poised to summon He-Man in times of need. 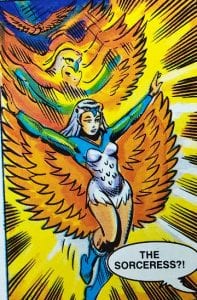 A powerful and mysterious mage, the Sorceress first appeared to He-Man in the form of a green-skinned woman with a cobra headdress. When He-Man attempted to save her from an attack by an angry beast, she displayed great powers of her own. After the monster was defeated, she told He-Man that his strength and courage marked him as the legendary hero who would inherit the treasures she had guarded for years, including special armor, vehicles, and weaponry made by ancient scientists before the Great Wars. She instructed He-Man to use these things in defense of Castle Grayskull. As a protector of the Sword of Power, the Sorceress used her powers to separate the two halves of the sword when they had been joined for evil purposes. Her mystical green glow matched that of the sword, implying a strong connection between herself and the weapon.

Sorceress as she appeared in the Masters of the Universe cartoon

In a complete departure from the minicomics, the Filmation animated series presented a wholly different backstory for the Sorceress. The peasant girl Teela Na was living in the peaceful village of Nowella when the Horde invaded. Managing to escape, she made her way through the wastelands and sought Castle Grayskull, of which she’d been told by an elderly villager. When at last she found the castle, the current Sorceress, Kuduk Ungol, offered Teela Na the power to defend her village in exchange for replacing her as Grayskull’s guardian. In this role, Teela Na would also be required to watch over the Swords of Power and Protection until they were claimed.

Teela Na accepted the terms and was transformed into the Sorceress, gaining the ability to shape shift into the falcon Zoar. With her new powers, the Sorceress successfully repelled the Evil Horde.

Years later, after her husband died in battle defending Eternia, the Sorceress gave birth to her daughter Teela. Unable to look after her child while faced with the responsibility of guarding Grayskull, she asked Man-At-Arms to raise Teela as his own. Though parted from Teela, who was unaware of her heritage, the Sorceress shared a special bond with her and was able to reach out to her telepathically from time to time.

Generous and kind, the Sorceress protected the people of Eternia and the secrets of Grayskull loyally, asking for nothing in return. She resided within the castle alone, save for the Spirit of Grayskull, who acted as her occasional confidant.

Tremendously powerful, the Sorceress could cast spells, project blasts of energy, communicate telepathically, create dimensional gates, teleport, and transform into the falcon Zoar, in the form of which she could leave the castle to warn the other heroes of impending danger. Only a select few knew that she and the falcon were one and the same. To maintain her human form outside of the castle, she could use the Crystal of Allenar, but her sorcery was strongest within the walls of Castle Grayskull. The Sorceress was extensively familiar with Eternia’s history and with the arcane. She fashioned He-Man’s harness from Coridite. 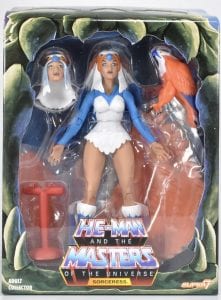 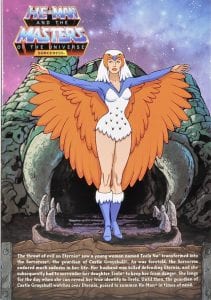