Heroic Captain of the Royal Guard 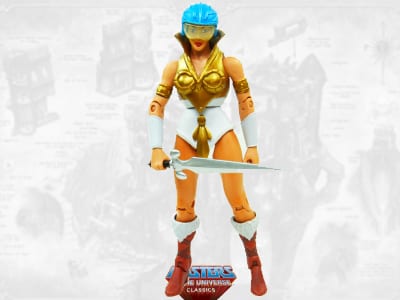 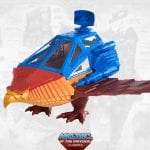 From early childhood, Teela was trained by her adoptive father Duncan, who served King Randor as Man-At-Arms and General in charge of the kingdom’s military forces. Raised alongside Adam, Teela cared deeply for the prince and enjoyed his carefree humor, but was often frustrated by the fact that he lacked any sense of responsibility. This trait seemed to worsen as Adam grew older, vexing the no-nonsense Teela who saw glimpses of the true heroic spirit masked by Adam’s behavior. With almost preternatural skill and determination, Teela climbed the ranks of the Eternian Royal Guard, gaining the respect of older guards such as the Qadian Havanar and the Repton Rubeusss, although the jealous Nolar Blak and Robert Cassius claimed that nepotism was at play. In addition to her abilities as a warrior, Teela was adept at piloting the Wind Raider and was the first to test her father’s replicas of the ancient and legendary Talon Fighter. When Teela was only 18, King Randor named her Captain of the Royal Guard, making her the youngest Eternian to ever receive this distinction.