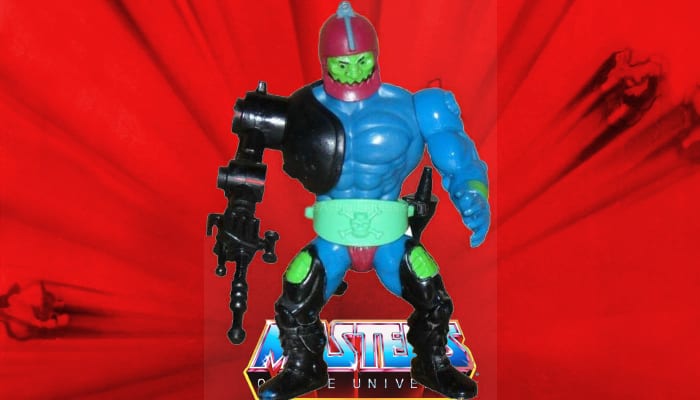 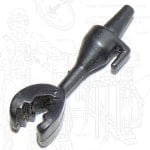 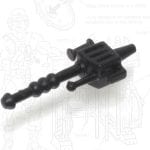 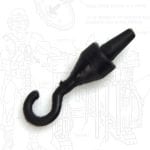 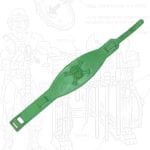 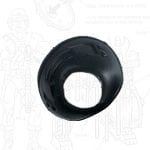 Metallic teeth was Trap Jaw’s biggest asset and could use them to bite through anything. He could also magically swap his right arm with a laser gun, rocket launcher, a claw, and yes, even a fly swatter. As one of Skeletor’s main henchman, he would often be on the front line fighting to gain control over Eternia. The gruff-voiced Trap Jaw was a skilled mechanic and inventor. Dubbed “the Wizard of Weapons” by Skeletor, he created all of his arm attachments and maintained and manufactured many instruments of destruction. His metallic jaw enabled him to bite through almost any substance on Eternia, and he could swallow and digest anything he ate. He could ingest the powerful substance known as Eternium, temporarily granting him strength equal to He-Man’s. Trap Jaw worked well with Beast Man, and they were frequently paired to carry out missions. He occasionally struck out on his own, and even maintained his own base of operations in the Sands of Time when he teamed up with Lord Masque. Trap Jaw’s most frequently used arm attachment was his hook, while his plethora of other attachments enabled him to shoot out bursts of energy or fire, knock down structures, grab objects, and lower individuals from great heights.

His special abilities include:

Cartoon Appearance
Trap Jaw appears in the pilot episode, “Diamond Ray of Disappearance” and is described as a wizard of weapons. With his buddy, Beast Man, he became a regular villain in the series. The portrayal of him in the cartoon is a departure from the comic and instead of a psychotic killer, he is cast as a one of the dumbest and least intelligent of Skeletor’s henchmen.
Trap Jaw is introduced into the toy line’s accompanying cartoon series by Filmation, in the show’s pilot episode “Diamond Ray of Disappearance” in which Skeletor describes him as a ‘wizard of weapons’. He goes on to become one of the most frequently used villains of the series, usually paired alongside Beast-Man.

As for his cartoon rendering, his head, blue body and green belt stayed consistent with the toy but his black right arm was colored pink along with reddish accents on this legs.

Minicomics
The most notable difference you’ll see in the mini-comic is Trap Jaw’s green body in the ‘The Menace of Trap Jaw.’ As a psychotic being from another dimension, Skeletor brings him with him by accident but this serves useful in Skeletor’s quest to unlock the powers of Grayskull where he almost defeats He-Man by harnessing the Castle’s power. In defeat, Skeletor retreats back to with Trap Jaw and becomes a new henchman.

“When I get out of this I’m gonna show you who’s rusty, ya rotten little pest!”