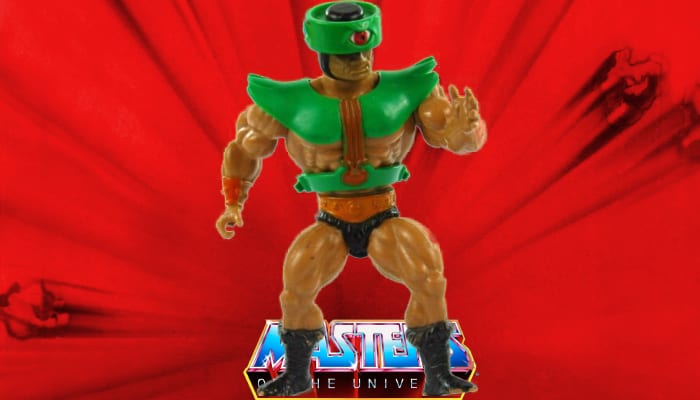 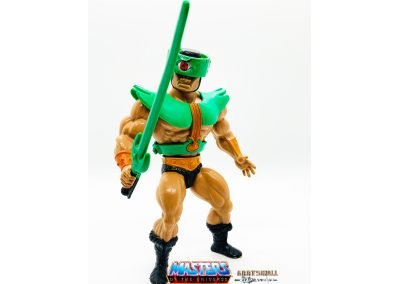 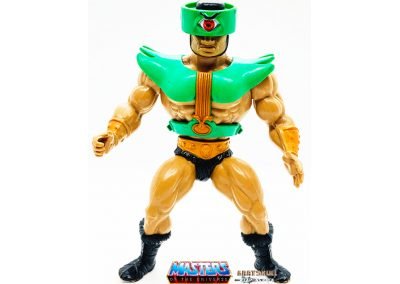 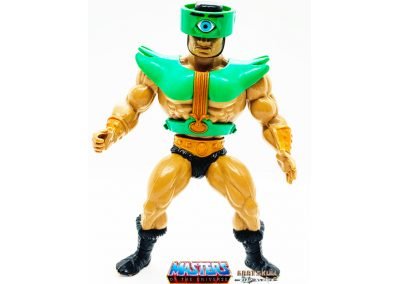 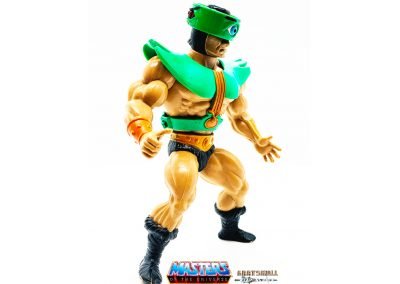 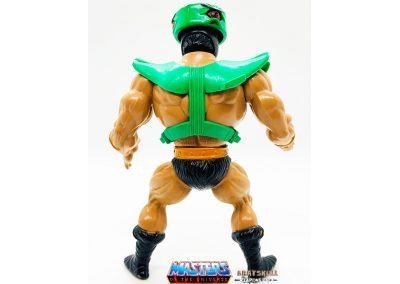 Tri-Klops from the Masters of the Universe Vintage toy line 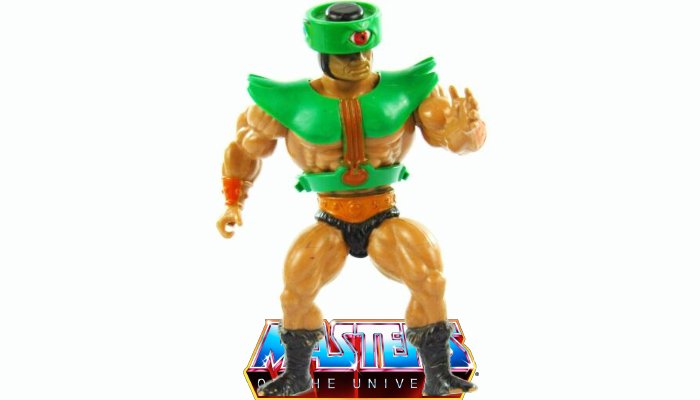 An expert fighter, bounty hunter, and swordsman, Tri-Klops wore a mechanical visor with three eyes. The eyes endowed him with panoramic vision–capable of seeing in all directions at once. Additionally, he could use specific eyes to see in total darkness, project bright light to blind his enemies, and observe over great distances. Known as the Hunter, Tri-Klops was a magnificent fighter with incredible strength and reflexes. He was once able to knock Battle Cat unconscious with just one punch. Tri-Klops came into Skeletor’s service when the Lord of Destruction hired him to defeat He-Man. Tri-Klops eagerly accepted this opportunity to test He-Man’s title of “the most powerful man in the universe.” Tri-Klops was ultimately bested by He-Man, but not before the three-eyed warrior defeated Battle Cat, Ram Man, and Teela. Despite his evil leanings, Tri-Klops displayed a certain nobility. He saved He-Man from a cowardly sneak attack by Skeletor. Nevertheless, he remained in Skeletor’s employ.

According to the Wiki Grayskull, Tri-Klops was one of the first characters to be designed for the Masters of the Universe toy line. According to the line’s creator Roger Sweet, he was originally designed as a Heroic Warrior but wound up packaged with the evil characters. He wears a rotating visor helmet with three artificial eyes fixed to it, each with a special type of vision. In some media this gives him the advantage of seeing in three directions at once, while in others he sees only out of the front eye and rotates his visor depending on which type of vision he requires. The exact function of each eye varies in different versions of the franchise, although they usually are portrayed to be Distavision (the ability to see from far distances), Nightvision (the ability to see in the dark), and Gammavision (the ability to see through objects or around them); each eye also has a different optic blast.

The first story to feature him is the Mattel mini-comic “The Terror of Tri-Klops!”, which introduces him as a near-match for He-Man in terms of strength, summoned by Skeletor when he decides he needs a warrior with strength on par with He-Man’s. He is presented as a skilled hunter and swordsman, and also a handy spy given that his helmet enables him to see all around him and thus be able to spot all attacks from behind. One of his eyes possesses night vision while another possesses Distavision, enabling him to see over great distances. The third varied in different stories, sometimes said to allow him to see through solid objects, and on other occasions said to enable him to see around corners. As well as his optical abilities, Tri-Klops is also an expert swordsman, and this skill alone makes him a formidable opponent. Also to note is that in his early mini-comic appearances, the character’s costume is significantly different from the familiar figure version. Many of the characters’ visual details varied in the early mini-comics, but Tri-Klops is one of the most extreme cases. Although most of the Evil Warriors were presented in the mini-comics as being somewhat smarter than their later animated versions, Tri-Klops in particular is suggested to be a very cunning and formidable warrior.