WWE Masters of the Universe Wave 3 Up For Order on Walmart.com 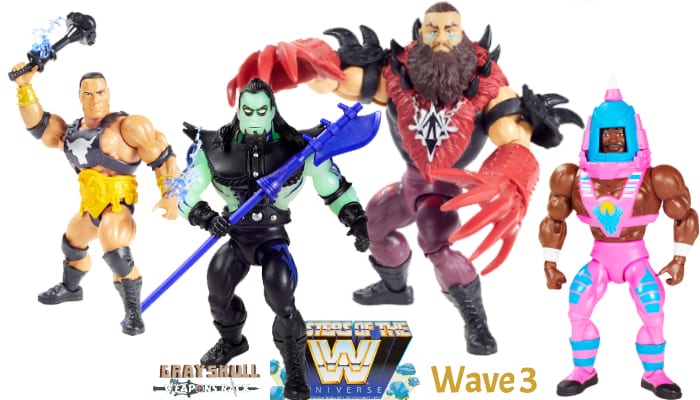 NOTE: Figures are showing up here and there but If you want to grab them on eBay you can find them there!

Walmart.com has the WWE Masters of the Universe wave 3 figures up for order on the site, which includes the following figures:

Exclusive to Walmart.com, The New Day pays tribute to Man-E-Faces and whoever thought of this concept was a genius. The three faces include the faces of Kofi Kingston, Big E, and Xavier Woods are turned using the unicorn horn that is atop his head…again…brilliant! There are several 3 man tag teams in the WWE in the present and the past so this could be the start of a beautiful direction in the line. Could we see Demolition (Axe, Smash, and Crush)? Would we see DX (Triple H, Shawn Michaels, and Xpoc)? What about NWO (Hollywood Hogan, Scott Hall, and Kevin Nash)? The possibities are endless…well…quite limited due to the small number of 3 person tag teams in the WWE but who is counting? The Rock is puzzling as I am not sure who he is paying tribute to as he is carrying a black Man-At-Arm mace but we do get our first championship belt in the line up. Is it He-Man? You make the call. Braun Strowman pays tribute to Beast Man and the Undertaker is a Glow-In-The-Dark figure, much like the sought after Scareglow figure from the vintage MOTU and the MOTU classics line. The figures will be exclusively available at Walmart,

You can also check out more details on the figures here: 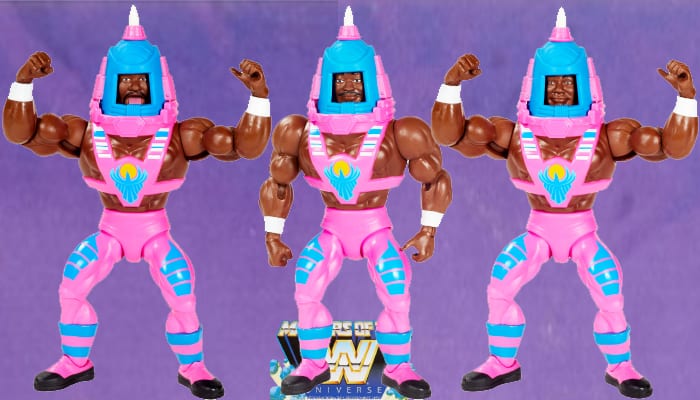